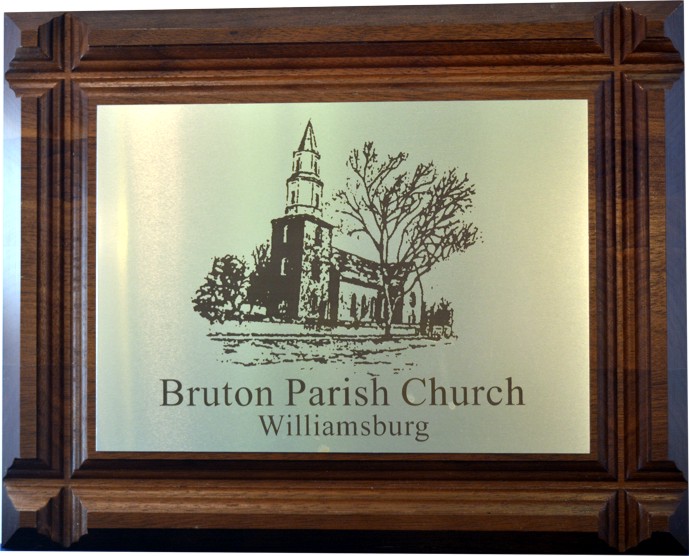 The Bruton Parish Church was built in 1660 in Williamsburg, Virginia. The church has had a long history of serving the Bruton Parish community. Many patriots from Revolutionary times attended including Thomas Jefferson, George Washington, Patrick Henry and George Mason. The current church  is the third structure built on or near the site. The first was made of wood and was built around 1660 and in 1677 the vestry ordered a new church be built. The new church construction began in June of 1681 and was completed in November  1683. The church stood near the center of Williamsburg original survey map. By 1710 the second structure had fallen into disrepair and plans were started to build a new church. The vestry summited a plan large enough for the needs of the parish residence and invited the Virginia General Assembly to finance an enlargement to accommodate General Assembly meetings. The house approved the measure to be paid by taxes on liquor and slaves. Construction began November 1712. See places(/Almanack/places/index.cfm) : Bruton Parish Church.

The plaque we made as an inspiration to the longevity of the foundation of the church to the community. The plaque was laser engraved onto a gold Alumark plate with black text. Using a black and white illustration of the current church. The gold plate was attached to a solid walnut plate with a nice routed pattern to frame the graphic. This is a simple but strong design, a good match for the content.